Skip to content
featured Something For Society
May 11, 2019 admin 0 Comments
The term ‘World Peace’, not a so much common topic but an important topic which is currently ignored by the world. So today we will discuss, what is world peace and what is its importance. 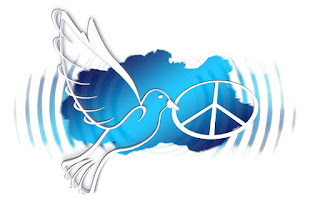 So, before starting the main topic let`s understand the literal meaning of peace. Peace could be thought of social friendly relationship and harmony within the absence of hostility and violence. In a social sense, peace is usually lack of conflict and freedom from worry of violence between people or heterogeneous teams.

Now let`s come back to the topic, in today’s modern world there are believed to be around 16,300 nuclear weapons spread between these countries. The United States, Russia, the UK, France, China, North Korea, India, Pakistan, and Israel all control some nuclear weaponry. So just imagine what will happen if the third world war broke! The whole world will be destroyed in less than a month. Just imagine that condition, not a single organism will be on the earth. The only thing which will be left is the guilt that why did we humans not understand the concept and importance of world peace. In today’s world, some countries are suffering from the scarcity of water while some suffer from terrorism, some suffer from lack of food, some from poverty. But there are some developed countries who do not suffer from poverty, lack water and food, so they are investing their capital on the development of weapons to prove themselves as a superpower in the world. Some times they develop some weapons that have a capacity to destroy the very large in just a few seconds. According to Nukemap, The world’s largest nuclear device, Tsar Bomba (pronounced as sar bomba), can kill an estimated 5.8 million people if it were dropped on London.
Such huge destruction by only a single bomb, then just imagine the situation when nuclear war will happen. Even, some philosopher like Michel de Nostradame had predicted that world war three will break in 2019. That is why world peace is so important.
Now I will tell you how could a world war can start. Consider tow countries A and B. Imagine these two countries have cold relation and both have nuclear power. Initially, the will use field artilleries and non-nuclear weapons. One of them, say A, will get frustrated and use its nuclear bomb, its neighbouring will advise it to not to use such a weapon because if A uses nuclear weapon its neighbouring countries say, C, D, E, F will also get affected. At the other corner of the world, if one uses a nuclear weapon against its rival country, its neighbour countries will also get affected. In this way, more and more countries will get into the war resulting in next world war.
These were the cause and consequences of world war three. We will now talk about how can world peace be promoted. 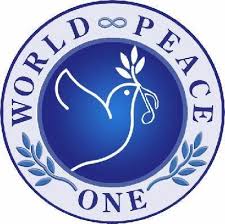 Now we know that why it is so important to maintain peace between all the countries. Every Year on 21st September World Peace day is celebrated. It is also known as The International Day of Peace. Some countries are taking the initiative to promote peace and harmony like the US, it declared a national holiday on World Peace Day, India a nuclear state, has written in its doctrine “No First Use” when it became a nuclear power on  May 18, 1974, under the leadership of former prime minister Late Shri Atal Bihari Vajpayee.

Every Country should take some steps to promote world peace. The countries should not fight among themselves instead, they should focus on the development of the country.