Democracy the best form of Government

Q. WHAT IS DEMOCRACY?

The word democracy is derived from the Greek word ‘Demokratia’. In Greek ‘demos’ means, people and ‘kratia’ means rule. So, basically, democracy is a form of government in which the people rules. Abraham Lincoln, 16th president of America, gave a very beautiful, simple and best definition of democracy which is the basic and most common definition. “Democracy government of the people, by the people and for the people.” In a democracy, the people of the country only select their ruler. Some of the democratic countries of the world are USA, India, New Zealand, Australia, Denmark, The Netherlands, Luxembourg, etc.

Q. HOW A GOVERNMENT CAN BE FORMED IN DEMOCRACY?

In a democracy, the people of the county only form the government to govern the country. Political parties are formed and select their candidate. The people vote the political parties and select their candidate to rule. This is the basis of democracy otherwise, every country has a different process in forming the government according to the democratic way.

Q. WHAT ARE THE DIFFERENT FORMS OF GOVERNMENT AND WHY DEMOCRACY IS THE BEST AMONG ALL OF THEM? 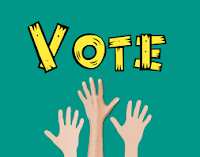 So, I hope that you now know why democracy is the best form of government. We will come with a new post soon. Till then bye!!