Skip to content
You are here
Home > History >
No one can understand the importance of a Xerox machine better than students. Imagine, if the photocopy machine has not been invented, what would be our condition. Most of the notes of your tuition or school, the document of your office all you have to copy with your hands. Memorable photos could not have been printed. But fortunately, we have a Xerox machine, a colour printer. So, lets talk about how the Xerox machine was invented. 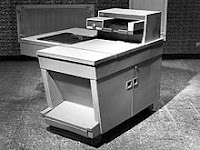 All the credits of the invention of the modern photocopy machine goes to Chester Carlson. He was a patent manager in a company.
The need of copies of application of patents and difficulties in making their copies though hands led the invention of the Xerox machine. He was a citizen of America. His economic condition was not very good but then also Carlson completed his studies at California Institute by taking a loan and started searching job.

He got the job with lots of difficulties

In the beginning, he applied for jobs at many companies but he didn`t succeed at getting a job.

At last, by lots of difficulties, he got a job at bel telephone as a research engineer, where he got a 35$ salary.

On this very less salary, he was spending his life but unfortunately, the company where he worked, faced a great loss and he was dismissed from his job. Again after lots of hard work got a job at a company as a manager at the patent department. Even after becoming a manager his excitement of learning did not reduce. He required many copies of patents and due to the absence of proper technology, he had to make those copies by writing which takes lots of time.

He made the machine by doing research

For solving his problem, Charles sits at the library for hours and hours reading scientific notes and books. He made a small laboratory in his kitchen and started research on the laws of electrophotography. At last, his hard work succeeds and Carlson made a photocopy machine. But as it was very expensive is commercial use was not possible.

WE APOLOGISE FOR FAULT FROM OUR SIDE